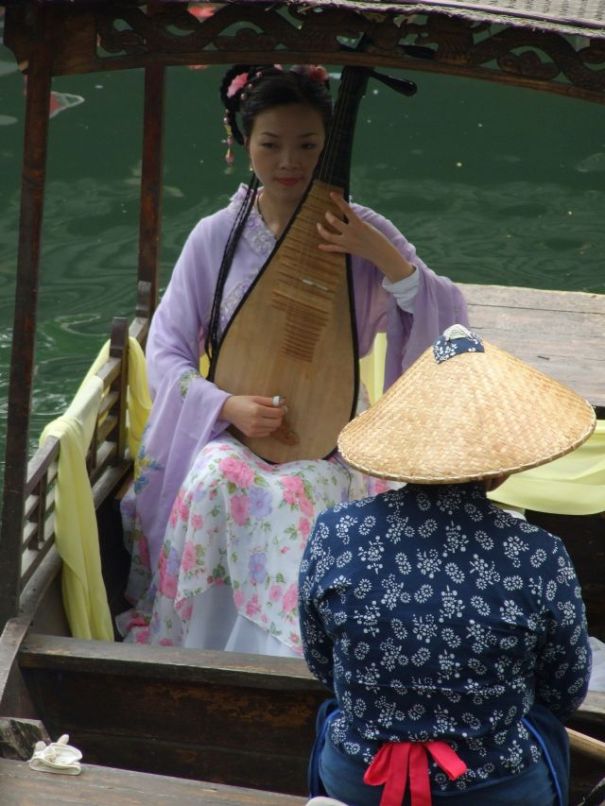 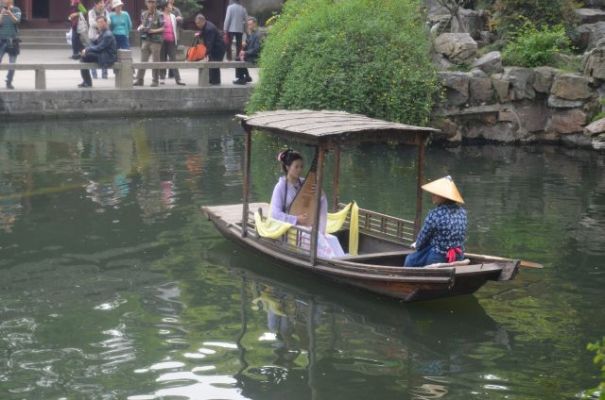 During my first trip to China I put on my “to do” list the Humble Administrator’s Garden, a UNESCO World Heritage object – one of the most famous gardens in Suzhou. After admiring the beautiful thumbnail trees, the stunning appearance, the smell of flowers and the singing birds which allow one to forget about all the hardships of the day, as the culmination point of these unique aesthetic experiences, somewhere in the distance a singing voice and gentle sounds of a stringed instrument could be heard. Guided by the voice I reached a small lake located in the western part of the garden, and … time has stopped … There was only this Chinese girl singing traditional Chinese songs and accompanying herself on the Chinese lute (called Pipa)

The pipa (Chinese: 琵琶; pinyin: pípa, [pʰǐpʰǎ]) is a four-stringed Chinese musical instrument, belonging to the plucked category of instruments. Sometimes called the Chinese lute, the instrument has a pear-shaped wooden body with a varying number of frets ranging from 12 to 26. Another Chinese four-string plucked lute is the liuqin, which looks like a smaller version of the pipa.

The pipa is one of the most popular Chinese instruments and has been played for almost two thousand years in China. (source: Wikipedia)